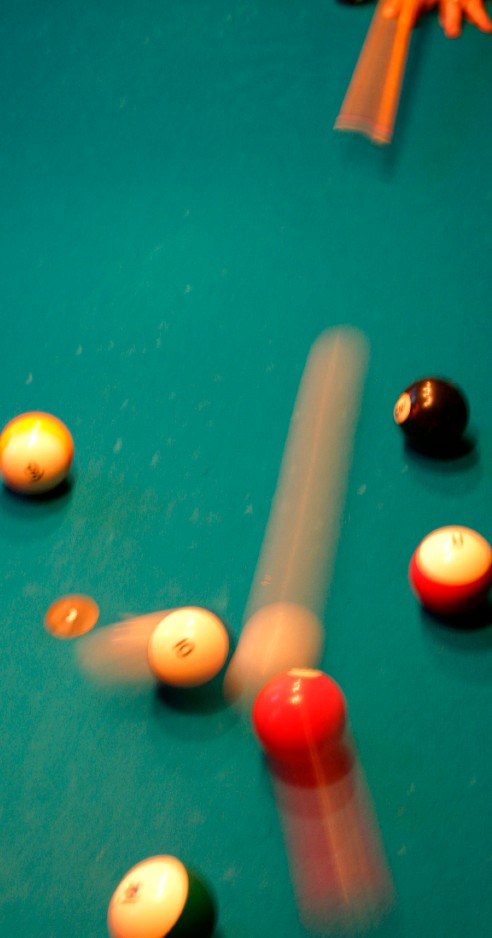 If modern billiards have gotten too mundane for you, you should definitely try to spice’ things up and get few trick shots up your sleeve!

Trick shots in pool also referred to as artistic pool are exhilarating, fun, entertaining and will definitely put your skills to test as they require a higher level of concertation and skills.

Don’t feel intimidated, not all the best pool players in the world can do these.

So, what are these pool trick shots?

Well, there are several disciplines of trick shots:

Additionally, here is a list of some of the most famous pool trick shots:

This is one of those shots that on first look seems innocent enough but really requires a ton of precision. During this shot, the four balls are lined up and the setup.

According to VEPS GEMS – Part XVII: Trick and Proposition Shots:

“The one ball drops on the side, the other 3 balls are lined up to the right side of the opposite side pocket, but it gets thrown to the left. The cue ball is lined up here between the 3 and 4 and it is aimed to split the 2 and the 4 heating the 4 balls slightly first. Bottom right English and the angle help push the 2 to the corner pocket, and the small amount of clockwise spin transferred to the 4 helps it bang straight back to the corner.”

You may need to read that again a few more times before trying it out yourself. But it seem easy enough, right?

During this shot, you have 6 object balls that are grouped in the middle of the table in a butterfly shape.

The lining in the shot is really crucial for making a precise shot.

According to VEPS GEMS – Part XVII: Trick and Proposition Shots:

Therefore, always make sure that your balls are set up well and frozen.

#3 Cue is thicker than the Eye

If you are a fan of the movie Hustler, then you know what we are talking about!

The famous “Cue is thicker than the eye” shot, which was famously done by the legendary Eddy Felson is a shot which is seemingly impossible to be done! This is because there are 3 balls and the goal is to get the 3 balls in the side pocket in spite of it being hindered by the 1 wall.

The name of this shot comes from the sound which is issued as the shot starts.

To play this one, you will need to line some object balls in a row and they need to be a width away from the cushion. The goal here is to fire the cue ball into the space between the balls and cushion. Then while the ball is traveling, hit each one of the object balls in a series which will make the machine gun sound.

These shots are typically played in rapid succession so you will need a lot of practice to excel at them.

Got any other trick shots you think we should add? Let us know by emailing us today. 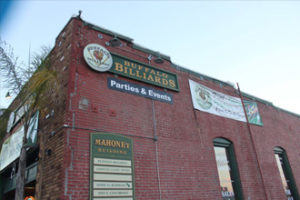 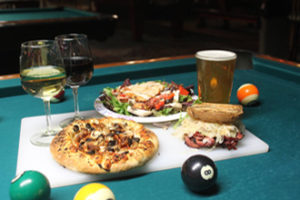 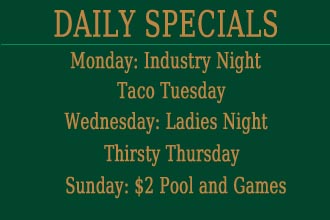 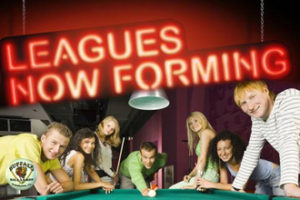 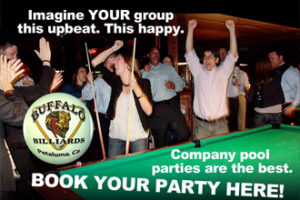 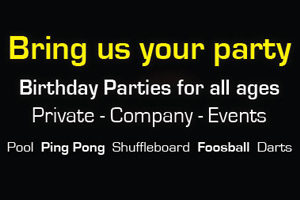 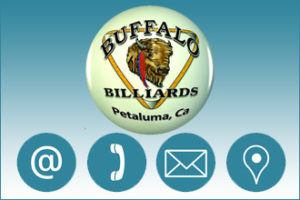 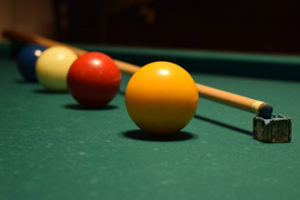 How to Choose a Pool Table

What is Cutthroat Pool and how do you play?
Scroll to top