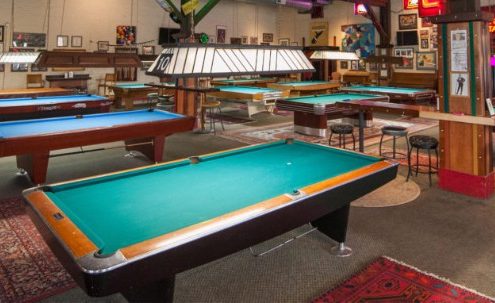 Where did the word billiard come from?

When were billiard games invented?

What are the black ball rules in a pool game?

What are pool balls made from?

What is proper pool etiquette?

What does billard mean?

Billiards refers to the family of cue sports played by striking billiard balls with cue sticks. Depending on where you are and who you’re talking with, billards can be used as a general term for cue games or may be used to refer to a specific class of games (English billiards, pool, snooker, etc.)

Where did the word billiard come from?

The word billiard most likely evolved from the French word billart (stick) or bille (ball). 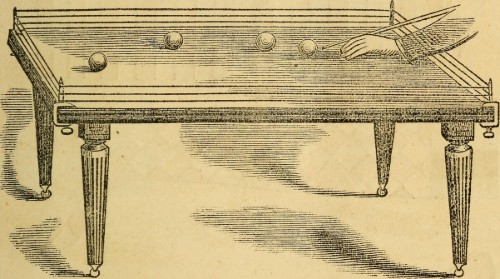 When were billiard games invented?

Since 15th century Europe, billiard games have existed. Originally, billiards were a lawn game similar to croquet. The game was moved indoors to a wooden table, with a green cloth to simulate grass. People would use wooden sticks to shove the balls.

Over time, the game developed as they improved the tools (inventing leather tipped cues) and discovering chalk a way to increase friction.

In the 1770s, “English Billiards” was a popular pool game, which is where the modern-day game of “snooker” comes from. The popular American eight-ball came about in the 1910s.

What are the black ball rules in a pool game?

Blackball is played using a cue ball and fifteen colored object balls. These object balls and divided into two groups of seven (red and yellow), and the black ball. The player who pockets their group of object balls, and finally the black ball wins.

What are pool balls made from?

Originally, balls were made from ivory or wood. In the 1800s, pool grew in popularity, and ivory was not a sustainable material. Elephants were becoming endangered, and tusk prices were rising. In the late 1860s, a popular pool table maker, Phelan and Collender, released a $10, 000 (equivalent to $136,000) prize for whoever could produce a pool ball made from a material other than ivory. 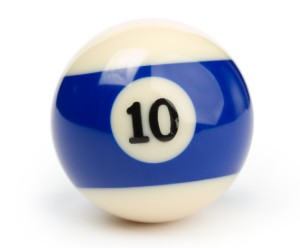 While the prize was never officially awarded to anyone, inventor John Wesley Hyatt created several pool ball prototypes. After years of trial and error, he created a ball formed from cellulose nitrate. This was highly flammable material, and occasionally a violent hit to the ball could create a mild explosion.

Nowadays, pool balls are made from acrylic or plastic resins. It’s durable, and can easily be manufactured to the ideal specs.

To become a good pool player, the most essential thing is practice. Without practice, you will not be able to develop the skills required to become an excellent pool player. Skills involved in pool include accurate aiming and alignment, speed control, and a straight stroke.

Some natural abilities that help with pool are good eyesight, 3D perception, hand-eye coordination, and fine-motor control. However, these things can be improved with practice.

There is also pool knowledge like stroke mechanics, position control, point of contact, and learning how to adjust shots for the angle, spin, etc. Studying these topics and learning from others will allow you to make more educated shots.

If you ever attend a party at Buffalo Billiards, we have our resident pro, Billy “The Kid” Ageuro you can hire for pool lessons and to also see some cool trick shots.

What is proper pool etiquette?

You are here: Home / Buffalo Billiards FAQ
Scroll to top