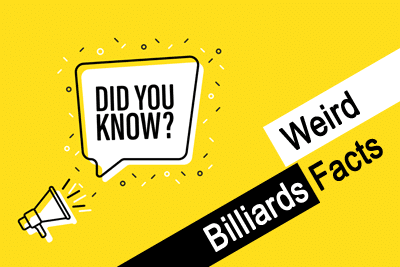 Did you know that in 1765 A.D., the first billiard room was built in England?

Played there was One-Pocket, which was a table with one pocket and four balls.

How do you think you’d fair at a one-pocket game? 😀

Not to worry, this isn’t a test, but a page full of weird (and interesting) billiards facts for you to share with friends and fellow pool league players.

Want to add your own fact? Contact us here.

The world’s largest billiard hall was built during billiards’ “Golden Age.” “The Recreation,” a mammoth seven-story health spa, was a bustling Detroit business in the 1920s. It featured 103 tables, 88 bowling lanes, 20 barber chairs, 3 manicuring stands, 14 cigar stands, a lunch counter on each floor, a restaurant that could seat 300, and an exhibition room with theater seating, that could accommodate 250 spectators. 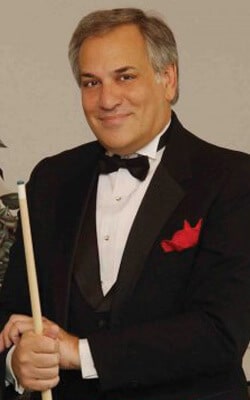 The Ambassador of Billiards

One of the top professional pool players and trick shot specialist Paul Gerni is nicknamed the “Ambassador” and speaks six languages.

The first coin-operated billiard table was patented in 1903. The cost of a game on the first pay-for-play table: one penny. 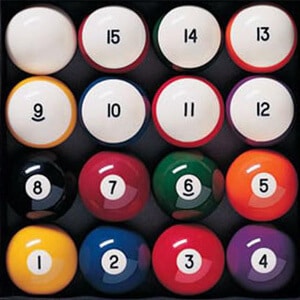 How many balls are on your table?

You can purchase your own billiards ball set directly from Buffalo Billiards by visiting our ball collection page.

The Elephants say thanks! 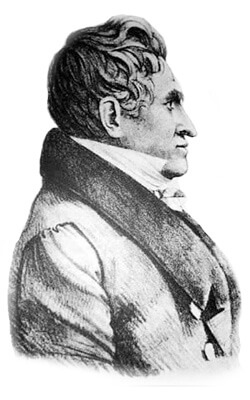 Captain Mingaud, the inventor of the leather cue tip, was imprisoned for political reasons during the French Revolution.

With the help of a fellow prisoner, he was able to have a billiard table installed in his cell. It was during his incarceration that he became obsessed with the game, that he devised and perfected his invention.

His obsession became so intense, that at the end of his prison term, he actually asked for a longer sentence so that he could complete his study of the game.

Billiards evolved from a lawn game similar to croquet played sometime during the 15th century in Northern Europe (probably in France).

Tom Cruise did his own trick billiard shots for the 1986 film, The Color of Money, except for one in which he had to jump two balls to sink another.

Director Martin Scorsese said he wanted to let Cruise learn the shot, but it would have taken two extra days of practice, which would have held up production and cost thousands of dollars.

The shot was instead performed by professional billiards player Mike Sigel.

Throughout most of the 1800s, the chalk that was used on the new pool cue tips was carbonate of lime; also known as blackboard chalk. 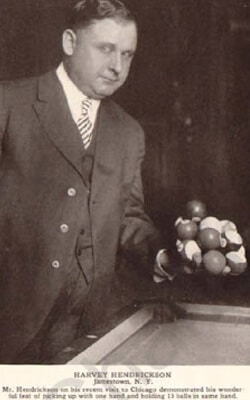 All the balls are in Harvey’s Hands

Harvey Hendrickson probably made as much money as anyone with his “limited” skills at the billiard table.

He actually toured the country and amazed audiences.

Not with his ability to run racks or pocket balls, but with his freakishly unique ability to pick up and hold 15 billiard balls at once using one hand.

The Church of England has long been a part of billiard history. From its earliest days, the game was often denounced as a sinful, dangerous, morally corrupt activity. In 15th century France, billiards play was forbidden, by the Church, as well as the King. In early American history, actual laws were passed (thanks to religious influences), outlawing the game in many parts of the land.

No hands? No problem!

Many handicapped people have played the game of pool, but the story of “Handless George” Sutton is truly one of inspiration.

Born in 1870, Sutton lost both hands in a sawmill accident at the tender age of eight. Despite his handicap, he studied medicine and graduated from the University of Milwaukee. During college, he took up billiards and became so proficient, he set an 18.2 Balkline world record with a run of 799, in 1921. He took his playing skills on the road, touring the country and amazing audiences for nearly 35 years.

He left an everlasting legacy – the resolve of the human spirit – upon his death, in 1938.

Most chalk used today is comprised of fine abrasives and does not contain a speck of chalk.

The Hustler was based on a novel by Walter Tevis.

The novel, however, was based on a short story he had earlier submitted to Playboy.

Before “The Hustler” was released, the “Philco TV Theater” aired an episode called “Goodbye, Johnny,” which bore an uncanny resemblance to the Playboy short story.

The term “scratch,” as applied to a pocketing of the cue ball, was derived from the penalty assessed for such a foul. In pool’s early days, the score was often kept on a chalkboard. When a player pocketed the cue ball, his opponent “scratched” a point off the shooter’s score. 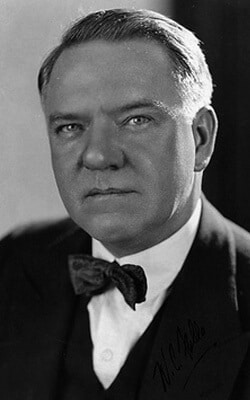 Fields was a straight shooter

W.C. Fields, despite his slapstick persona, was an accomplished pool player.

Fields’ comic persona was a misanthropic and hard-drinking egotist, who remained a sympathetic character despite his snarling contempt for children.

In an inventory of the possessions of King Louis XI of France, his table was said to have contained the following: a bed of stone, a cloth covering, and a hole in the middle of the playing field, into which balls could be driven. 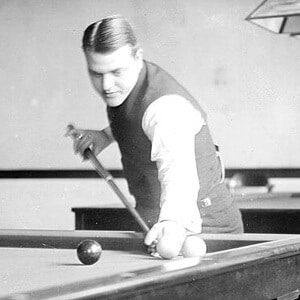 Yet, his most famous match strangely had more to do with a penknife, than his unequaled wizardry of the game.

In 1925, he met Robert Cannefax, the Three-Cushion champion. After several games, Cannefax, who preferred a fast cloth, asked to move the match to a different table.

Hoppe, who was leading, said the cloth was just fine and refused to allow a change.

An incensed Cannefax drew a penknife and savagely cut the cloth down the center of the table. Hoppe was immediately awarded the match, and Cannefax was suspended from competition for a year.

Ironically, Cannefax never played another match. He toured vaudeville for several years, and then died of meningitis in 1928.

At times, including during the Civil War, billiard results received wider coverage than war news. Players were so renowned that cigarette cards were issued featuring them. 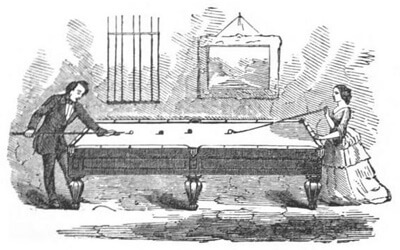 We used to play Pool backwards!

The word “cue” is derived from the French queue, meaning tail. Before the cue stick was designed, billiards was played with a mace.

The mace consisted of a curved wooden (or metal) head used to push the ball forward, attached to a narrow handle.

Since the bulkiness of the mace head made shots along the rail difficult, it was often turned around and the “tail” end was used.

Players eventually realized this method was far more effective, and the cue as a separate instrument grew out of the mace’s tail.

Is it Pool Hall or Pool Room?

The term “poolroom” now means a place where billiards is played, but in the 19th century, a poolroom was a betting parlor for horse racing. Billiard tables were installed so patrons could pass the time between races. The game of billiards and the poolroom became connected in the public’s mind. Today, the two terms are used interchangeably. 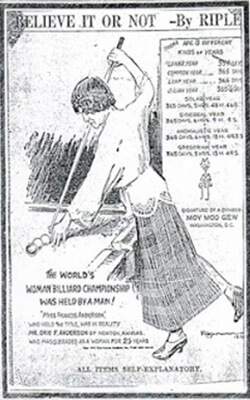 Ripley’s Believe It Or Not

There were few if any, women’s tournaments in the early 1890s.

Whatever titles there were, were local, and usually self-proclaimed. Until, of course, Frances Anderson came along.

The Indiana native merely proclaimed herself Champion of the World and offered $5,000 to any woman who could beat her at pocket billiards.

Anderson toured the country, playing both men and women. Legend has it, she went undefeated for 25 years against her female competitors.

She was paid handsomely for her appearances throughout the 1920s, taking on challengers and giving exhibitions, in both America and Europe.

She followed this up with a well-publicized announcement that shocked the pool-playing world.

Her real name was Orie (from Kansas), not Frances – and she was actually a he.

Best Pool Players in the World